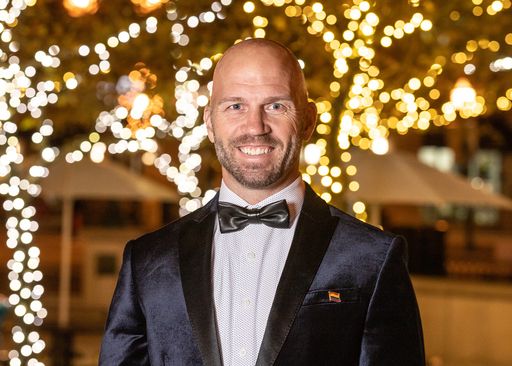 Kelly O’Clair has been actively involved with Hampton Roads Pride for many years and was re-elected to the Board of Directors in 2020. Kelly serves as Co-Chair of the PrideFest, Transgender Advocacy, Scholarship, and Nominating committees. He continues to work diligently to gain more exposure in the community for Hampton Roads Pride.

Kelly was born and raised in Plymouth, Michigan. He is a 15-year Marine Corps veteran who was stationed in the Hampton Roads area and decided to make it his home. He received his degree in Liberal Arts with a concentration on Behavioral Sciences. Kelly currently serves as the Lead Instructor for the Navy and Marine Corps at Baum Hall. Kelly is involved in many facets of Hampton Roads, including Virginia Musical Theater, Virginia Beach SPCA, Stonewall Sports, Tidewater Volleyball and many other organizations.